Sometimes the forays into parenthood can be hard, scary, wonderful and a host of other things from down right insane to calm and peaceful.  Here is one of my recent ludicrous moments.

I went on a field trip last week with my 4 year old’s preschool class.  We went fishing at a Trout Farm near Kamas Utah.  My husband was suppose to go because while I have been fishing in my life, it’s usually with my dad and I hand him my hook for the worm, he hands me the baited pole, I catch the fish and hand over my line again, he takes the fish off and releases it and we start all over.  It really is thrilling when you catch that fish.  Of course, the whole time in my adult life, I’ve gone so that my son can experience it and I’m muttering all sorts of things about incurring bad karma by killing the worms and hooking these poor fish.

Our sitter fell through on the day of the field trip, and Matt couldn’t go.  So now it’s me and four other moms and the teacher with 12 preschool kids.  When we arrived, I was glad that we would be fishing in a small pond stocked full of fish.  I was fully prepared ahead of time that I would have to rip apart worms for the hook (gagging again as I write this).  The worms which I thought would be little skinny earthworms were as thick as my fingers and about as long as my hand.  They were like earthworm snakes (gagging again here).  I don’t mind worms in general or touching them although I don’t especially seek out the activity of worm holding.

So here I am with my industrial, white bucket for the fish, each kid got to catch 2 and I had charge of three kids – all boys.  Then the teacher comes around with a small wooden bat and says, “now when you catch the fish, you’re going to use this bat to whack it on the head to kill it quickly so it doesn’t suffer.”  That sounds reasonable and maybe cuts down on some of the bad karma because you’re not letting the poor fish suffer, but then there’s the reality of the whacking part.  Have you ever tried to whack a 12 inch flailing fish on the head?  Well I have now.  It actually took quite a few whacks for those suckers to die.  Most were briefly knocked unconscious at which point you’ve tossed them into the bucket and they they would wake up and all the kids would squeal and jump around screaming, “it’s still alive – he’s still alive! Hit him again!”  Then they would grab the bat and start swinging it around.  The kids wanted to clobber their own fish, so there’s your hand pinning this squirmy fish down as you vehemently tell them not to hit you or your hand with the wooden bat.  So of course they hit your hand, arm, get a close swing near your head and once again, it’s up to you to torture this poor unfortunate fish further and hit him a few more times for good measure. 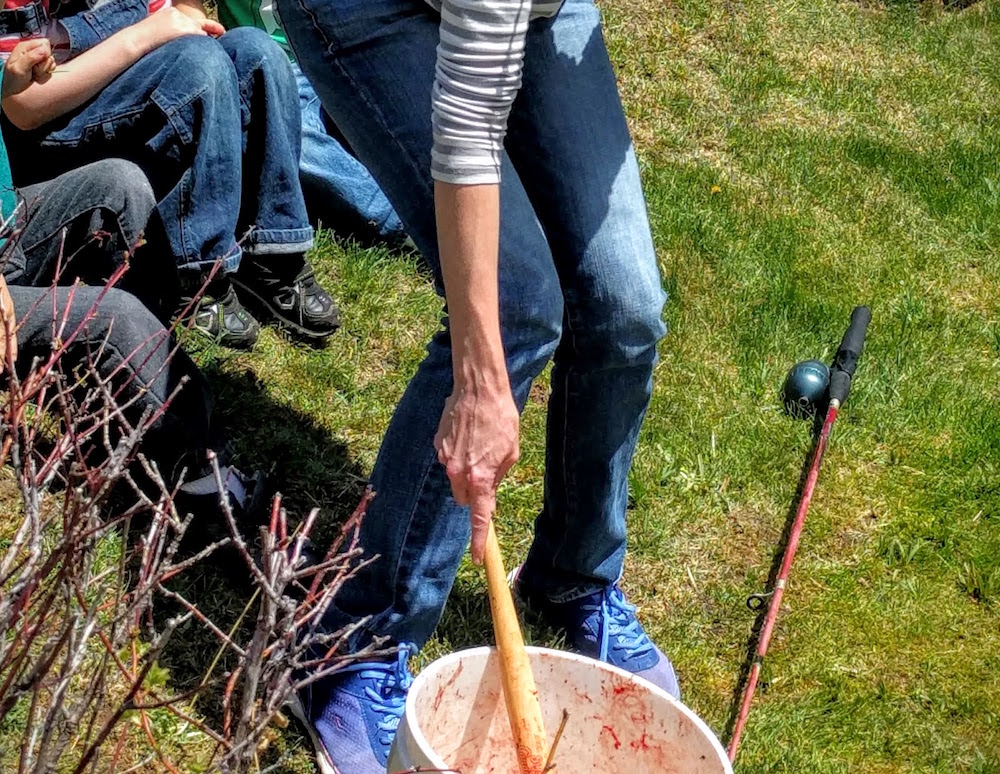 After this horrible ordeal, it’s snack time for the class.  Even after washing my hands 3 times, I still felt a little sick and suspected I had fish blood and gut particles on me.

While we ate, the couple that owned the trout farm cleaned our fish for us – meaning the innards only.  We each got two whole raw, dead fish – heads, tails, skin and bones to take home with us in a white plastic grocery bag.

I thought I would quietly dispose of my fish – especially since I was still gagging whenever I thought about the whole fish catching experience, but I felt so guilty that I had killed these fish – they had to have died for a higher purpose, right?  Then of course the teacher told the kids she was going to ask them what we did with our damn fish and so I knew I had to cook them.  Beck wouldn’t lie – he would tell her we threw them out.

I then had to figure out how to filet a damn fish.  So with my dullest knives – which in our case is ALL of them, I tried to cut up the fish.  In the end, most of the pieces still had those hair-like bones in them, but we breaded them and pan fried them.  I have to admit, bones aside and the recurring images of the worm mutations and fish bludgeoning, the fish were pretty good.  Beck, who lives solely on rice and pasta even tried it and said he really liked it.
I’m know that once the bad memories and my gag reflex goes away, I’ll look back on this day as a great day.  The kids had an awesome time and my kid tried something new – both fishing and eating what he caught.  Gag. 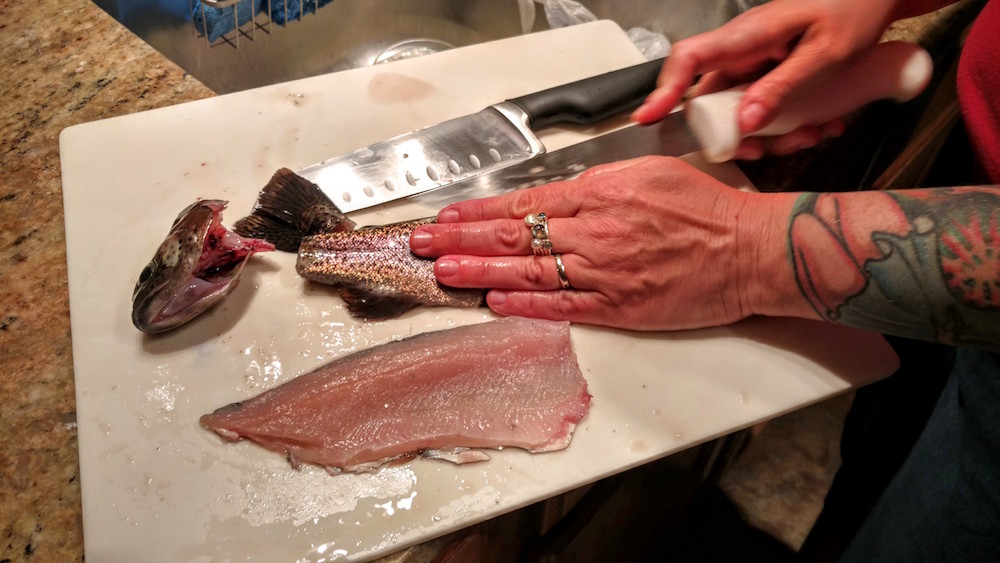 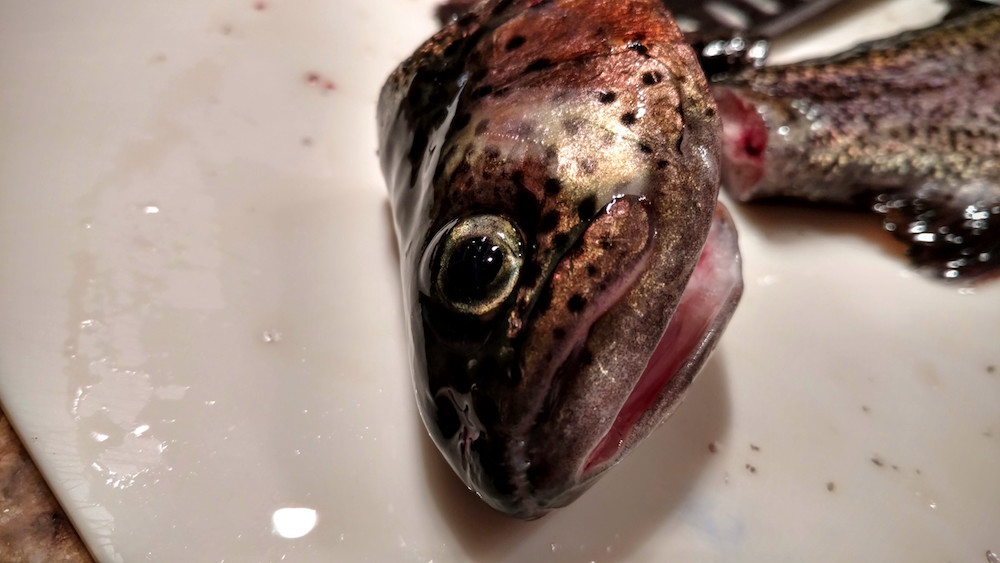 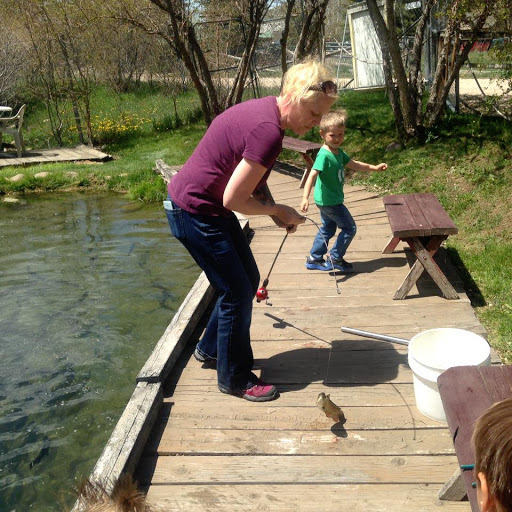 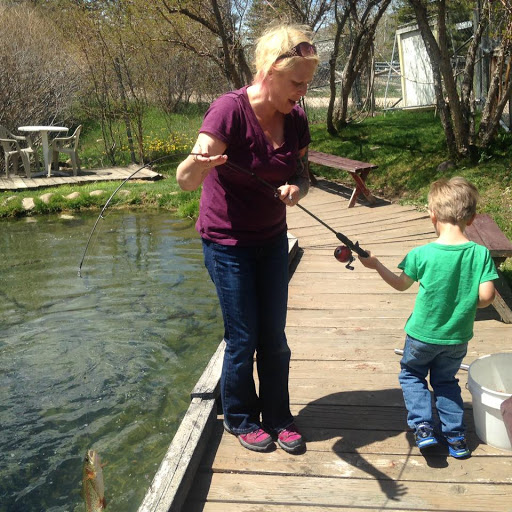 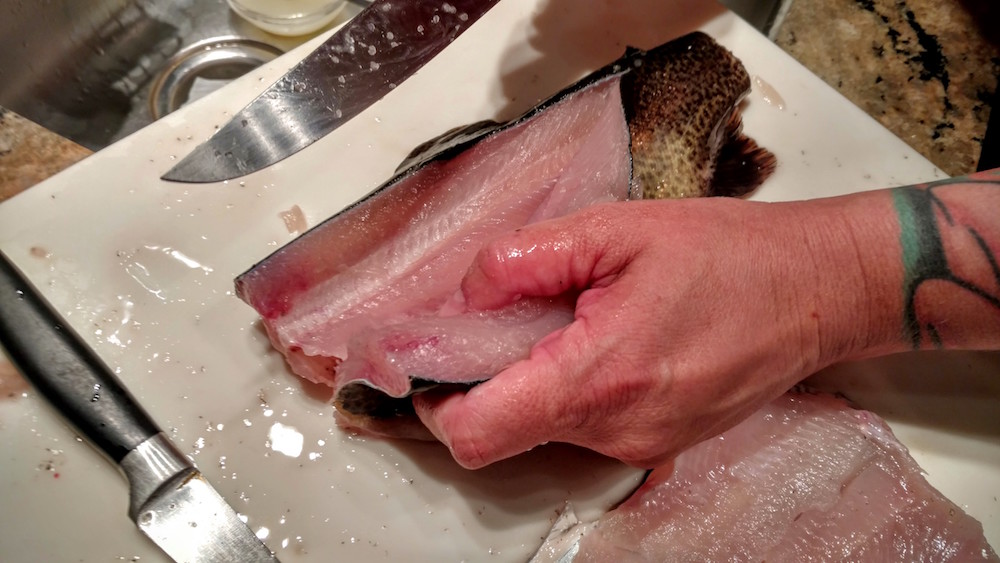 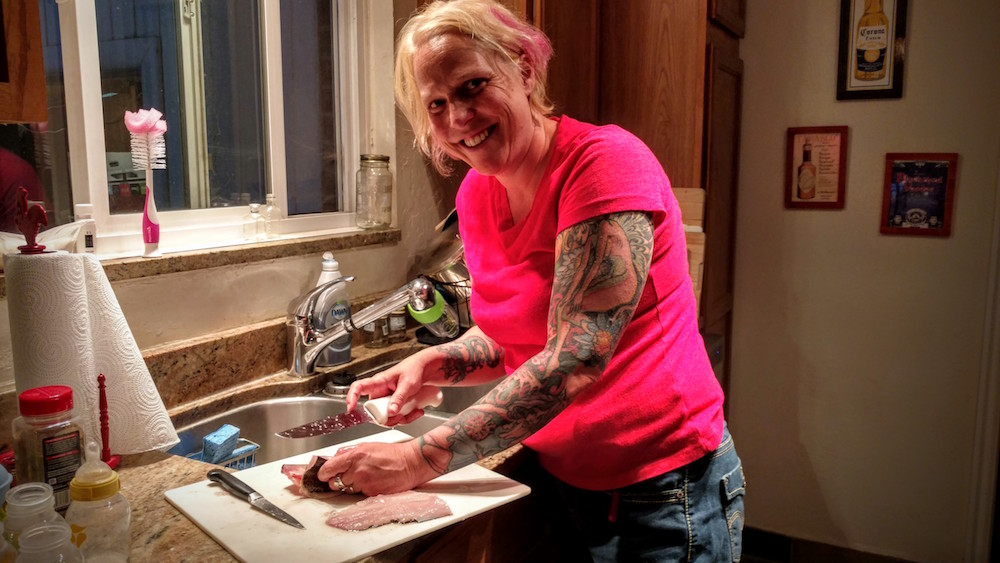 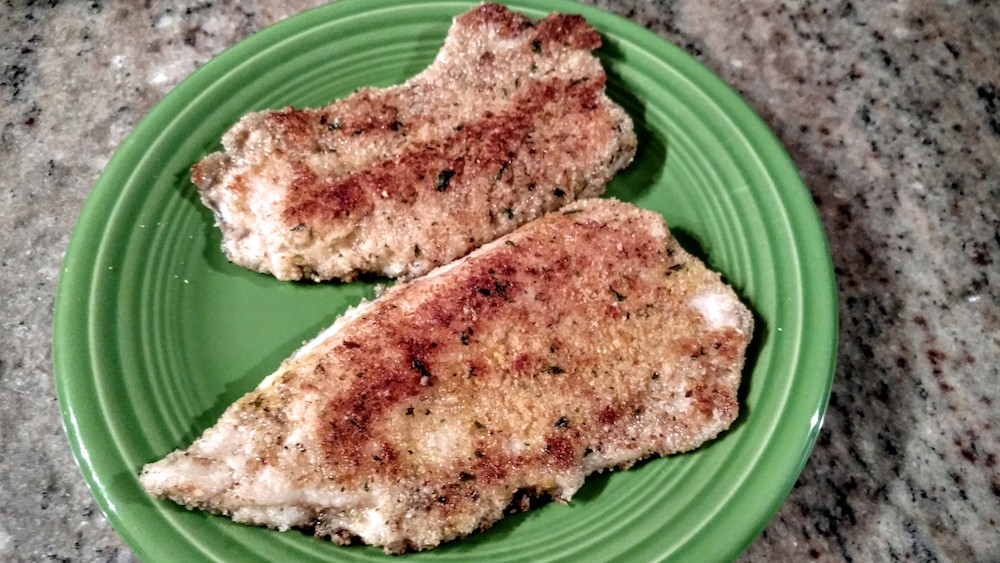